Of multi-device credentials and cross-device authentication

On May 5th, 2022 the FIDO Alliance coopted World Password Day (created by Intel Security in 2013, as it turns out) with its “Less Passwords Day”: 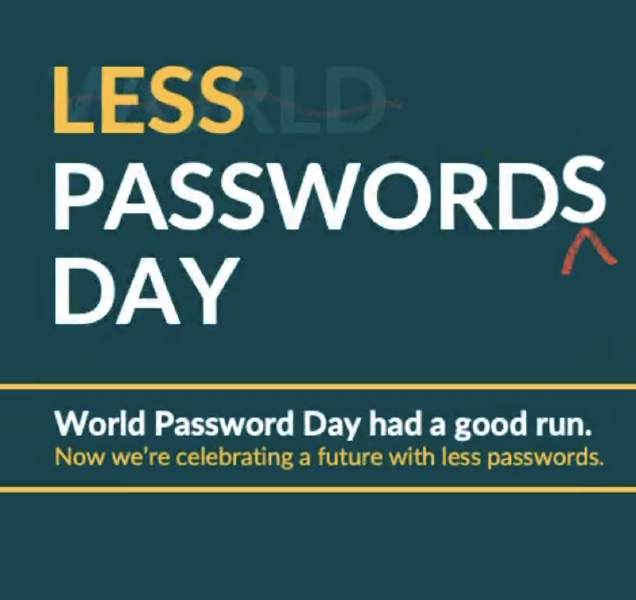 Headlining this tongue-in-cheek reveal was the actually interesting announcement that Apple, Google, and Microsoft were all committing to support multi-device credentials and cross-device authentication within the next year! Somehow the FIDO Alliance had figured out how to get the big three platform vendors to publicly signal intent to support these upcoming additions to the WebAuthn spec, and all of a sudden a standards-based passwordless future seemed closer than ever.

As a bit of a refresher, back in March 2022 the FIDO Alliance released a whitepaper on the concept of “multi-device FIDO credentials”. This document outlined a strategy for FIDO authenticator vendors to enhance their devices with capabilities that would allow credentials to survive device loss:

In other words, if the user had set up a number of FIDO credentials for different relying parties on their phone, and then got a new phone, that user should be able to expect that all their FIDO credentials will be available on their new phone.

For these multi-device FIDO credentials, it is the OS platform’s responsibility to ensure that the credentials are available where the user needs them…Just like password managers do with passwords, the underlying OS platform will “sync” the cryptographic keys that belong to a FIDO credential from device to device.

This is great and all, but there’s one particular detail in this whitepaper that I’m seeing some tech blogs miss out on as they strive to analyze these recent announcements and make sense of it all:

Syncing FIDO credentials’ cryptographic keys between devices may not always be possible, for example if the user is using a new device from a different vendor, which doesn’t sync with the user’s other existing devices.

Statements that a multi-device credential, “…works across all devices, whether you’re running iOS, Android, or Windows, and across all Apple, Google, or Microsoft services” or “…can also be easily synced to a new device from cloud backup in the event that a phone is lost” are too ambiguous; they give readers the false impression that they’ll be able to create a WebAuthn credential on a website on iOS, and then turn around and immediately authenticate on Windows with that credential some how “synchronized” to be used locally with Windows Hello. The truth is we’re not anywhere near that, not yet anyway, and people should set their expectations accordingly.

That said, there is a silver lining called cross-platform authentication that will attempt to solve this problem from another angle. A new CTAP transport is being finalized in the upcoming CTAP 2.2 spec sometime this year that will allow for phones to be used as roaming authenticators. As I observed back in June 2021, work on a new “cable” transport will drive this initial implementation of cross-platform authentication. Within the next year it will become feasible, for example, to log into a website on Windows using a multi-device credential previously registered on your iPhone. Simply scan a QR code, displayed on the desktop browser during a WebAuthn authentication attempt, using the phone’s camera and then continue the WebAuthn ceremony on the phone. Upon successful completion the website on the desktop will log you in. Neat stuff!

I hope this helps clarify things a bit. WebAuthn is constantly evolving, and it’s only natural that rollouts of new features take time for their capabilities (and implications) to be fully understood. Suffice to say exciting new things are on the horizon for user authentication, and thanks to multi-device credentials and cross-device authentication it’s just a matter of time before we achieve a passwordless future that people will actually want to embrace.